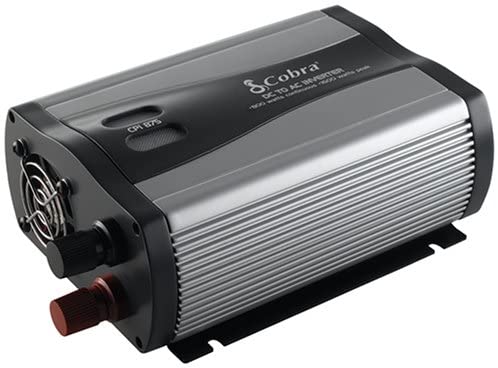 CONS: Not designed for use with cigarette lighters.

So far, I am pleased with this product. I bought it to use when I go camping and need to use an electric pump to inflate mattresses or rafts. Those higher wattage devices generally can’t be run from cigarette lighter inverters without blowing a fuse, as I learned the hard way. So I opted to get this one. I wasn’t entirely comfortable with the idea of having to run it off my Jeep’s battery, especially after reading all the warnings in the manual about potential damage to myself, my Jeep, and the inverter if it’s not done correctly. But lacking any other options, I gave it a shot. The directions say to have the unit powered off while connecting it, but the on/off switch uses symbols rather than words to indicate that the unit is off. For some reason, my unit shipped with the power turned on and I got the symbols mixed up, so I wound up hooking it to my battery while it was on.

Still, I managed to get it working without damaging it, my Jeep, or causing any injury to myself. The connection instructions were very easy and straight-forward. I feel more at ease with it, having successfully used it once, but it might not be for someone who is skittish about working under the hood of their vehicle. This device can’t be used with a vehicle’s cigarette lighter.

The pump I was using was about 400 watts, so the Cobra CPI 875 had no problem handling it.

I especially like that this was one of the few models that says it comes with a carrying case. After you take it out, sometimes you have to fuss with the wires to get them back in the case, but it’s really handy to have the case to keep dust and various other elements away from the inverter while it’s in storage or being transported in the back of a vehicle. It’s also cool that it has mounting options, though I would rather just put it back in the case when I’m done.

© 2022 Lost In The Pines. Created for free using WordPress and Colibri